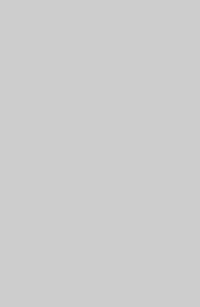 by Rachel Branton and 14 more

Join award-winning and USA Today and New York Times bestselling authors as they celebrate falling in love with clean and wholesome romance!

Book available soon! (Please note that this book will not be for sale on Amazon, but you'll be able to get a Kindle version on from Smashwords.)

House Without Lies by Rachel Branton
Lily fills her tiny apartment with endangered teens who don’t have everything they need, but together they have enough. Or so she thinks—until she meets Jameson. But will he be one more thing Lily has to give up to protect the girls?

Dangerous Lies by Christine Kersey
A handsome stranger moves next door to Amethyst Fox, but as she begins to fall for him she discovers he’s not all that he seems.

The Masquerading Groom by Taylor Hart
When Sterling Pennington, movie star and billionaire, gets stuck with a paid date at a masquerade party, he’s not happy. But Sayla Jones might be exactly who he needs to remove his masks.

His Personal Relationship Manager by Jennifer Peel
After suffering a public humiliation, Kenadie Marshall realizes that love shouldn’t be left to personal judgement. But Jason Hadley is determined to prove that love isn’t over for this relationship guru, even if it means joining her computer dating service to get closer to her.

The Academic Bride by Lucy McConnell
Janel Fendrick’s dream excavation is within reach—until the funding is pulled . A surprise employment opportunity comes with a proposal…and a groom!

The Resilient One by Cami Checketts
Alyssa Armsworth escapes to Maui and finds herself spending days on the ocean with Beckham Taylor, a handsome ex-NHL star. Alyssa must redeem her past to have a chance at a future with Beck.

Candlelight Kisses by Jennifer Youngblood & Sandra Poole
Gracie Andrews led an ordinary life—right up until the day she died and became an angel . . . err . . . almost an angel. She’s given the task of helping others find love and quite possibly find love along the way.

Meet Me in Myrtle Beach by Brooke St. James
Paige Spears accepts an unexpected job offer, hoping for one last summer adventure before joining the work force. She had no idea the trip would change her life forever.

Under a Georgia Moon by Cindy Roland Anderson
Addie Heywood wants to avoid her aunt’s matchmaking schemes and Chase Nichols wants to avoid his ex-girlfriend. They team up to fool the world by pretending to date. What neither of them counts on is actually falling in love.

Rough Edges by Kimberly Krey
When divorced mother, Allie Emerson, seeks employment with her old high school flame, Braden Fox, sparks fly. But will resentment from the past prevent them from sharing a future?

Blissfully Married by Victorine E. Lieske
Sidney wears a fake engagement ring to ward off Blake, her childhood crush that broke her heart. When Blake finds out the beautiful Sidney’s lying, he makes it his goal to get her to tell him the truth.

The Neighbor’s Secret by Kimberley Montpetit
Allie Strickland returns home to Heartland Cove after being left at the altar. When an intruder breaks into her house, Allie has to figure out what secrets Ethan Smith is hiding. Is the man friend or foe—enemy or lover?

Diamond Rings Are Deadly Things by Rachelle J. Christensen
With the unwanted help of a divorce lawyer who’s too good looking to ignore and a detective who has an eye for murder, Adrielle Pyper must race to uncover a secret hidden within the yards of satin and lace before she becomes the next victim.

Before the Leap by Liz Isaacson
Scorned by his ex-fiancé, Jace Lovell isn’t ready for a new relationship with someone as fiery and beautiful as Belle Edmunds. Can she employ her patience while he figures out how to forgive so they can find their happily-ever-after?

"Praise for Rachel Branton's Lily's House novels: "With House Without Lies, Rachel Branton shot straight to the top of my to watch list . . . Ideal for fans of Robyn Carr, Mariah Stewart, Sherryl Woods and Susan Wiggs.""

""In Cami Checketts' humorous, energetic style, this romance has more suspense and mystery than it has romance. This is a story about betrayal, deceit, love, retribution, all bound up insuspense and romance. The characters will captivate the reader'semotions. The scenes are easily experienced by the reader through verbal descriptiveness.""